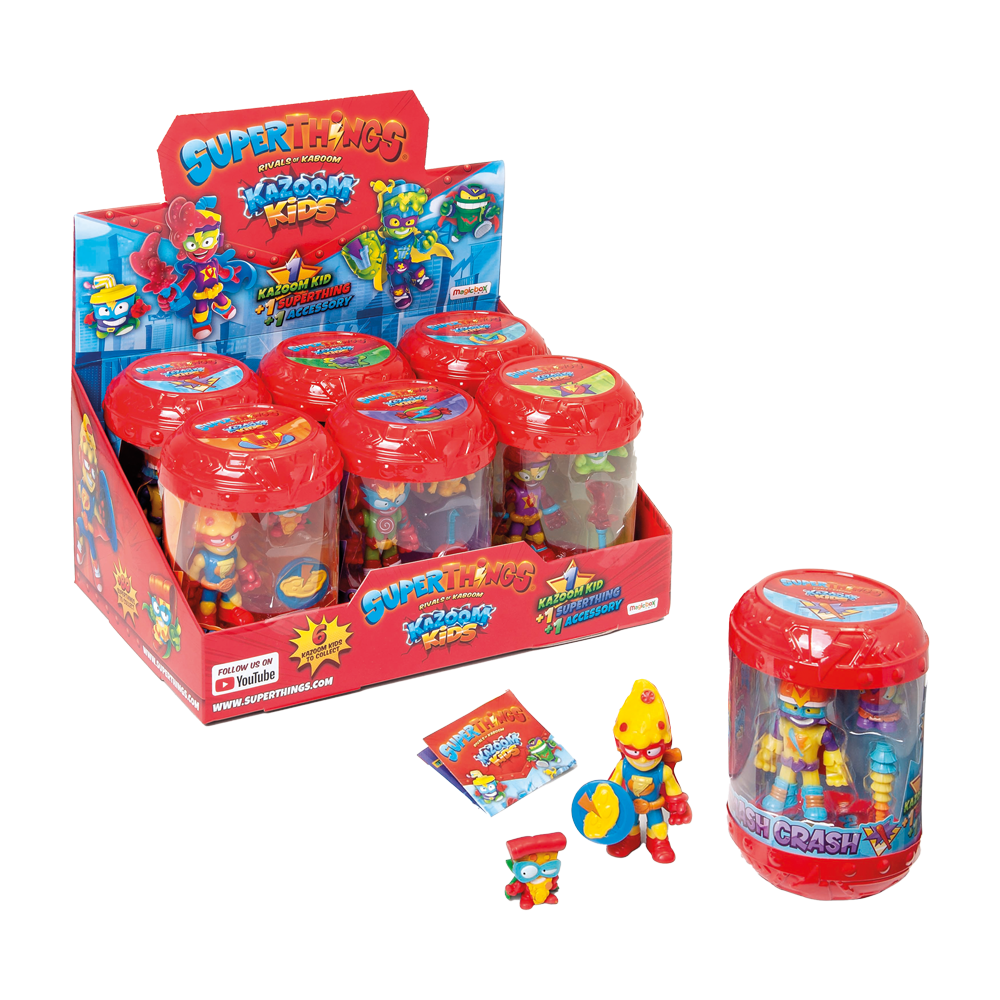 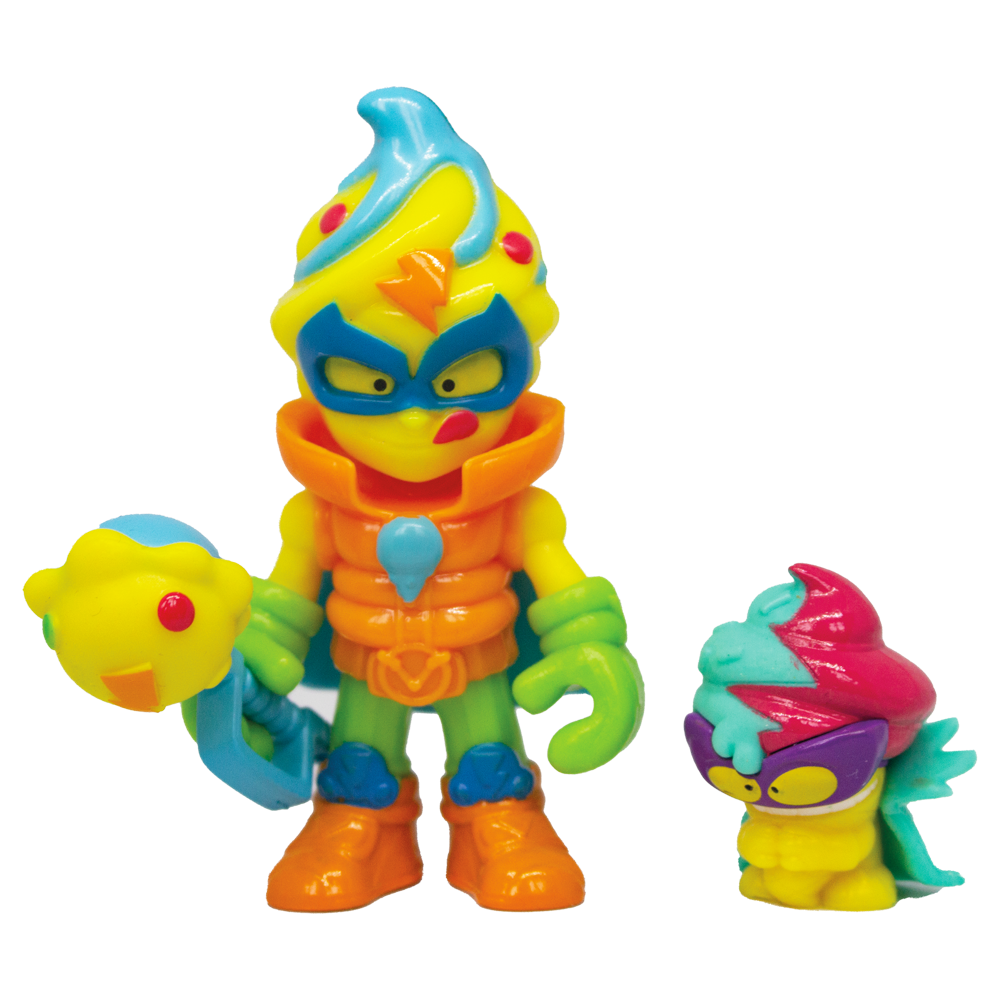 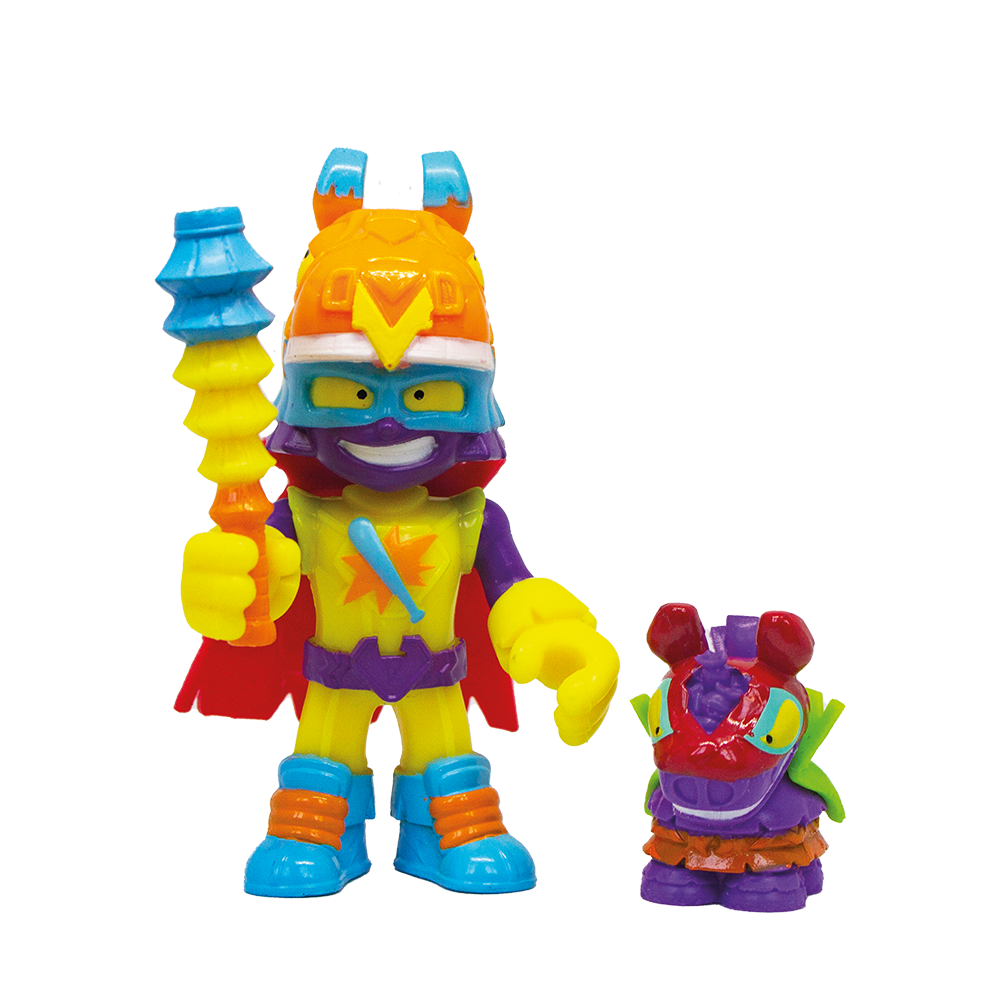 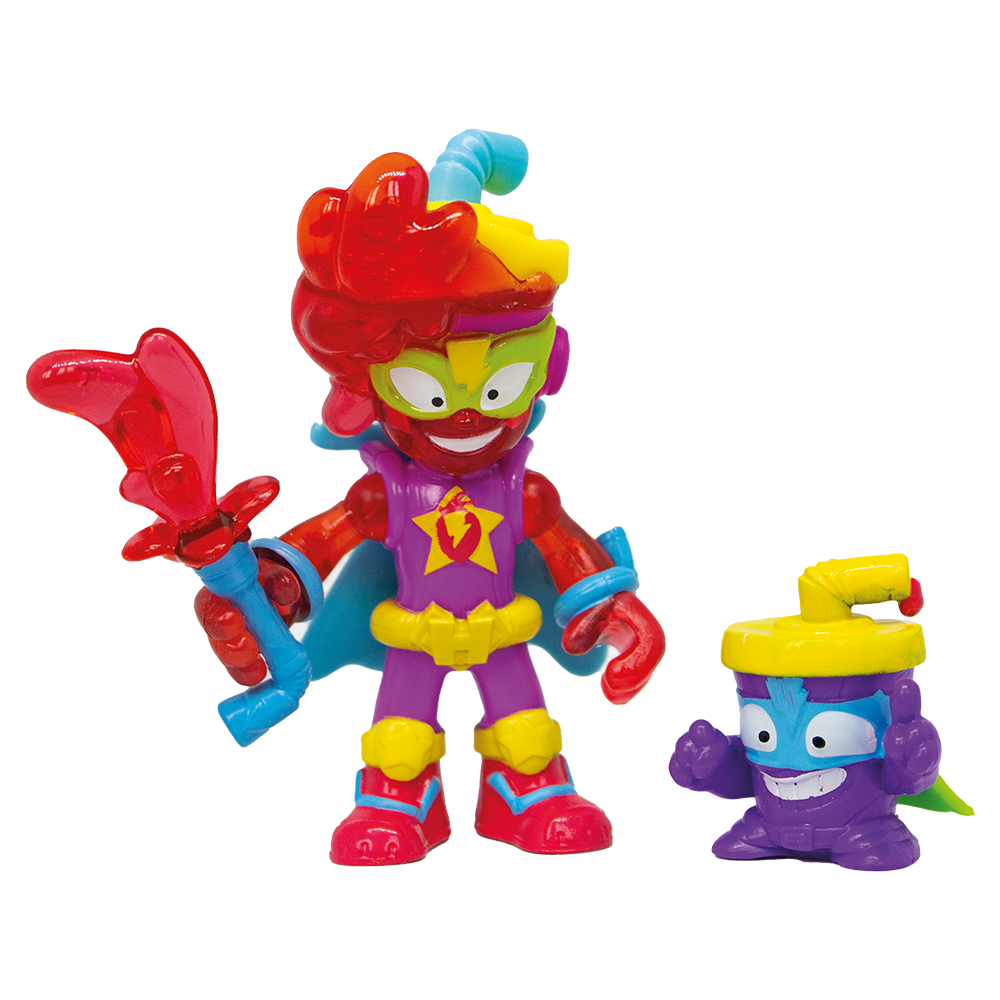 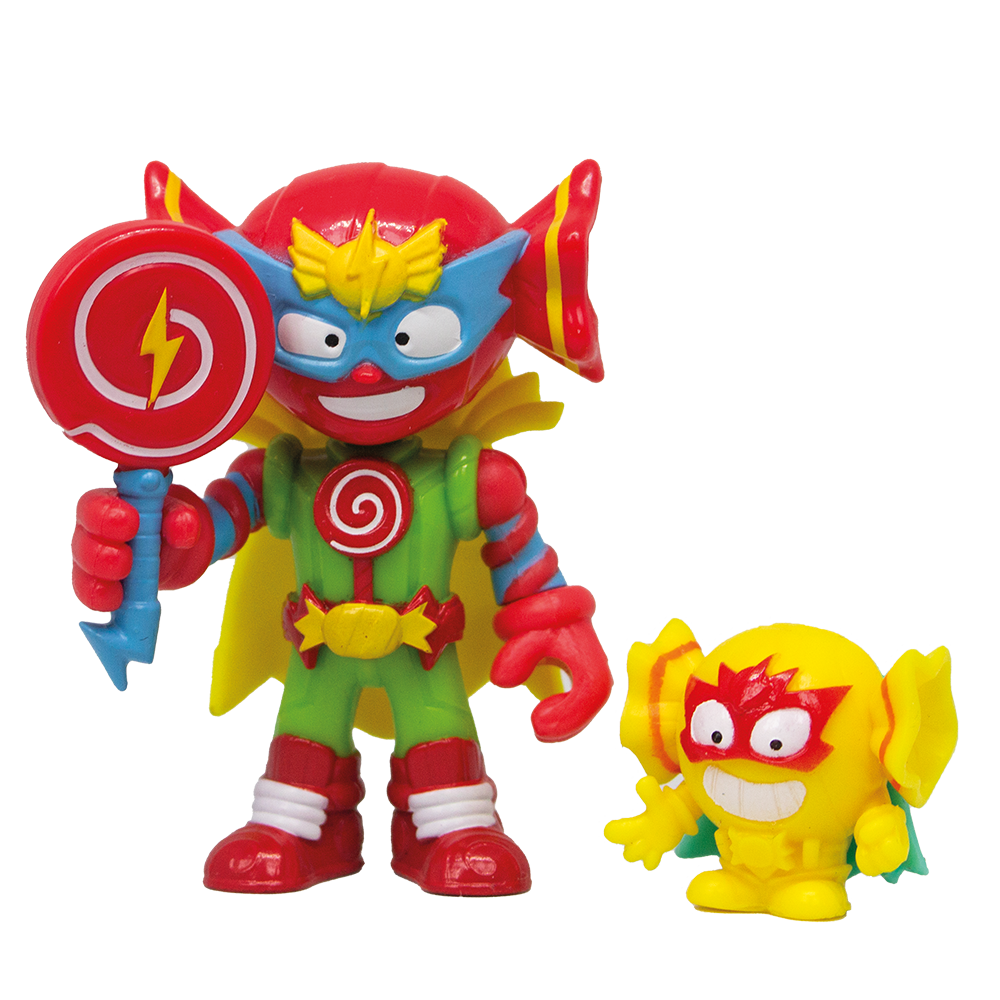 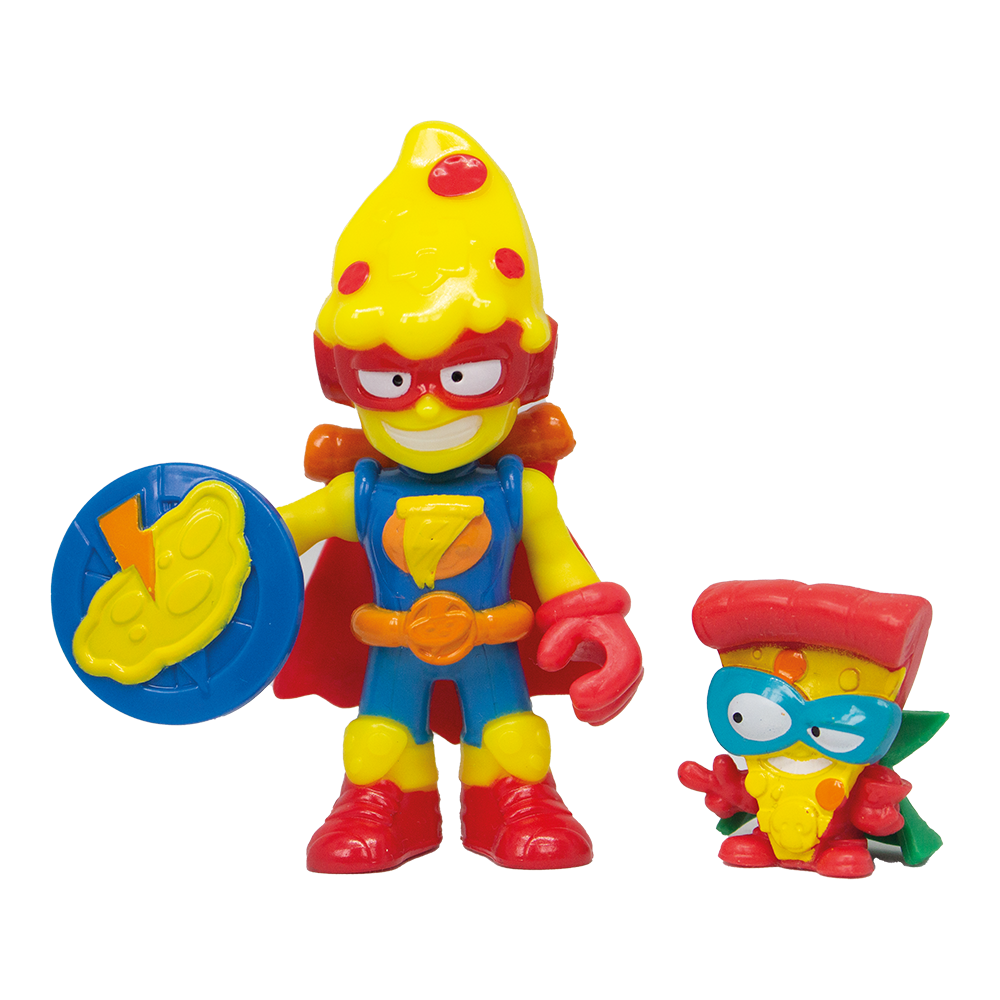 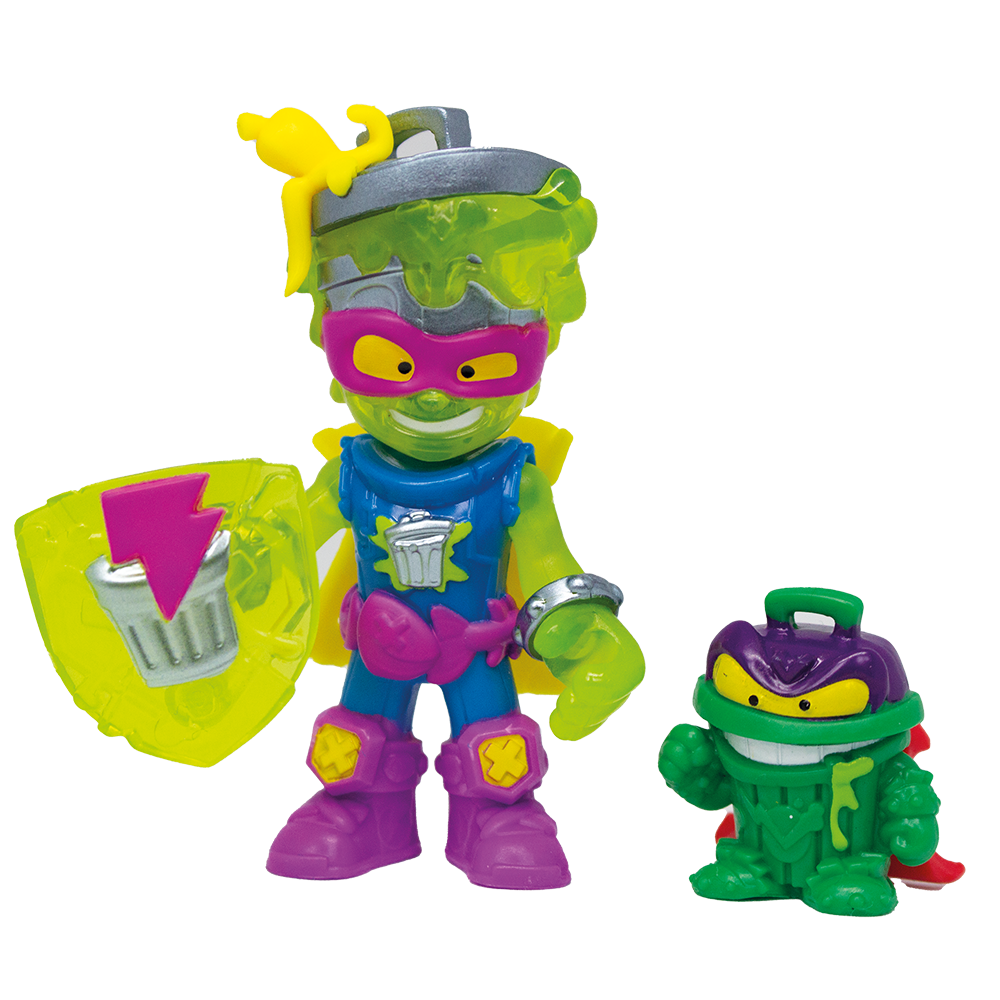 Welcome, Kazoom Kids! The new heroes and villains of Kaboom City have amazing powers. How did they get them? Neonblast, a spark of energy resulting from a failed experiment by Professor K, is getting into trouble and charging every object he touches with the energy from Kazoom. When regular boys and girls come into contact with these objects … they turn into Kazoom Kids and get strange powers. Now, the Kazoom Kids will be leading a team of SuperThings colleagues to beat Neonblast and win the battle. Who are the Kazoom Kids? - Badnilla is a cold, calculating Kazoom Kid. Thanks to its freezing power it can freeze surfaces or use its powerful spoon to throw large balls of ice at its rivals. It is the captain of the Cream Team! - Superslice, the captain of the Super Pack team, is dynamic and fun, and causes a sensation in Kaboom City. It moves through the city with his pizza power and sticky cheese flames, which it can use to trap its rivals or throw its powerful shield at them. - Starberry is great at sport thanks to its discipline and cheerful attitude. With its bubbly power it can throw powerful jets of soup or propel itself to reach great heights. It is the leader of the Fresh Force team! - And that smell … it’s Trasher, the captain of the Splash Trash team! A boring, rebellious Kazoom Kid in danger of its own dirty power. It can throw huge waves of rubbish and slimy green waste, which it does not hesitate to use against the heroes. Its shield absorbs the dirt it touches to get more power! - The biggest Kazoom Kid party animal is Smash Crash! Leader of the Bad Party, who loves to get into trouble and attract attention. It also adores its attractive powers! It can throw large bombs of confetti and use its stick to generate confetti rays! - Sugarfun is friendly and responsible, and the captain of Candy Combo. Its candy super-strength is frightening, and it can lengthen its arms as if they were liquorice! It loves sweets and videogames.