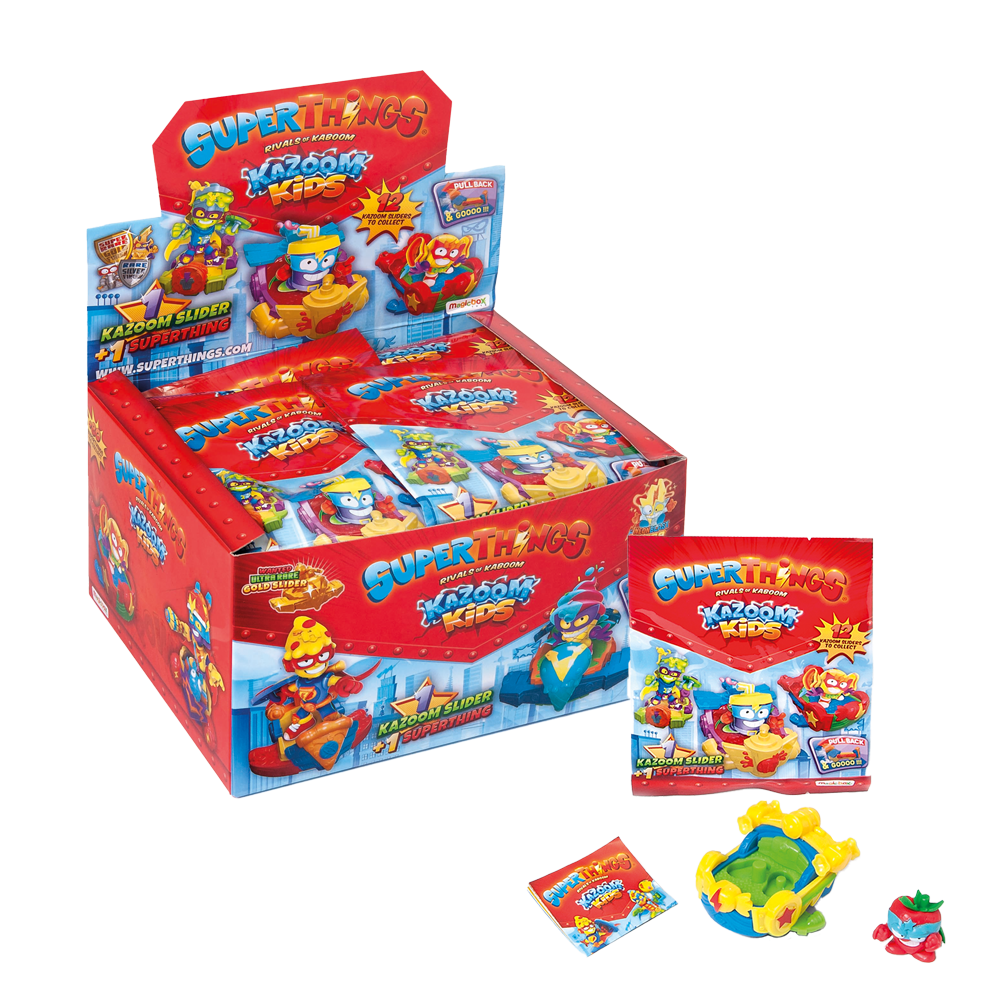 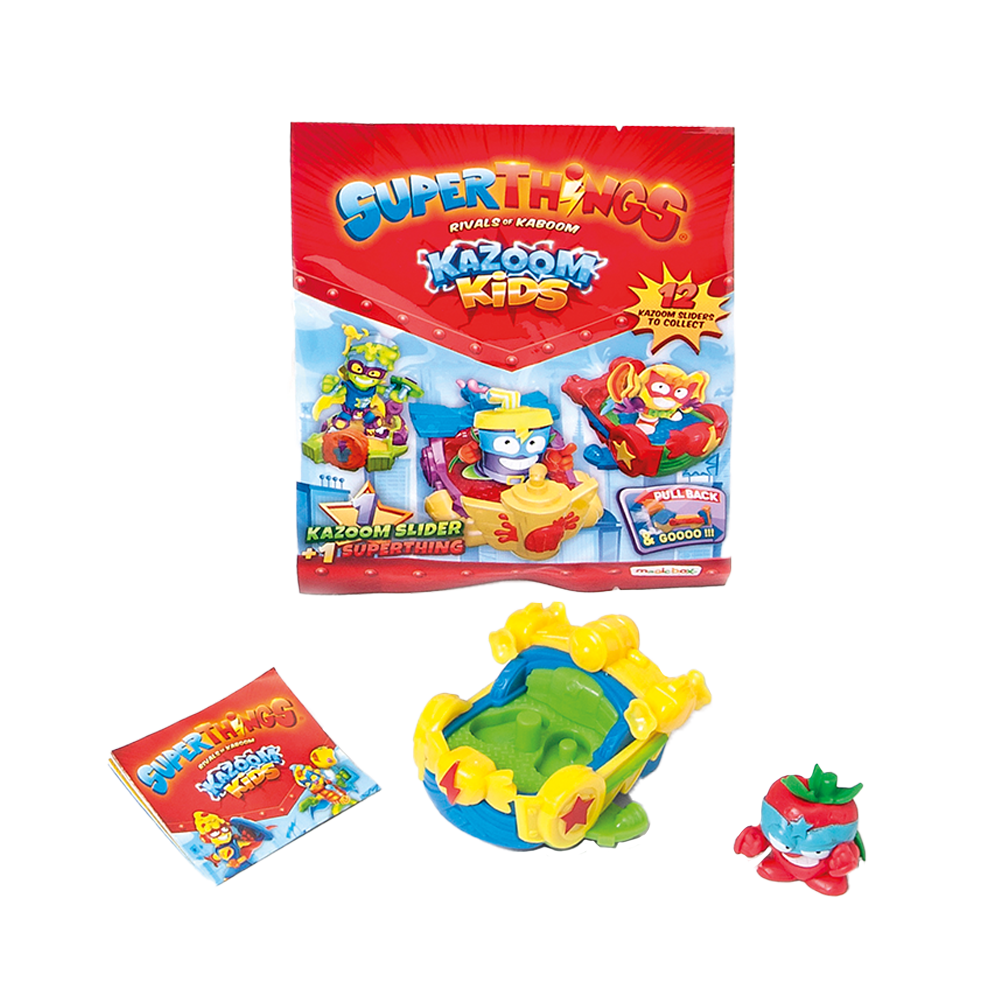 In the new series SuperThings Kazoom Kids, the new heroes and villains in Kaboom City, both SuperThings and Kazoom Kids, move around in their super-modern vehicles with “pull back” effect: slide them backwards, let them go … and they shoot forward into battle! Turbo Crust is a tasty but powerful slider that uses energy from the pizza ovens to propel itself forward at top speed; Nitro Flavour uses its ice power to be the skiddiest Kazoom Slider; Soda Sonic throws jets of soup to move around the streets of Kaboom City; Trash Clash is a powerful armoured vehicle made of metal and rubbish; Party Hard is a rocking car full of music and colour; and Candy Flash works with energy from sugar and is ideal for a sweet journey to victory There are 12 Kazoom Sliders to collect … and the ultra-rare, gold Kazoom Slider!