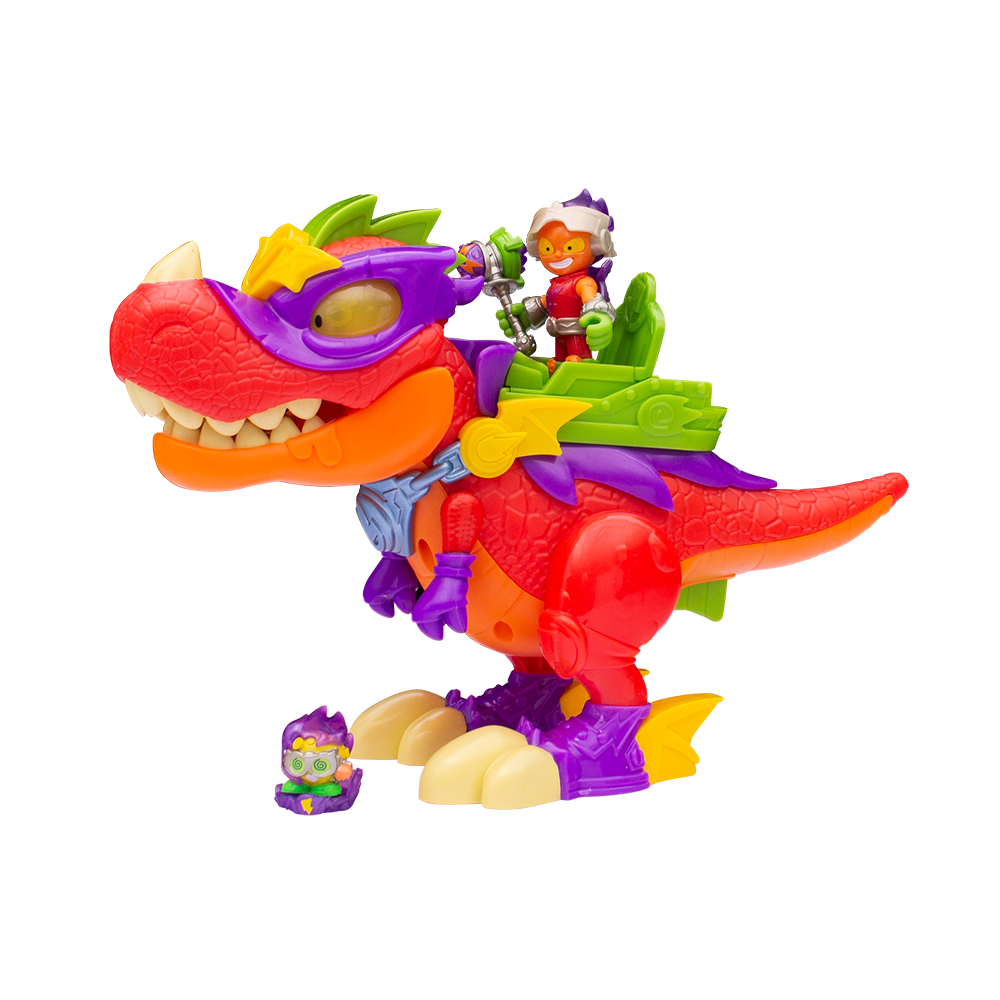 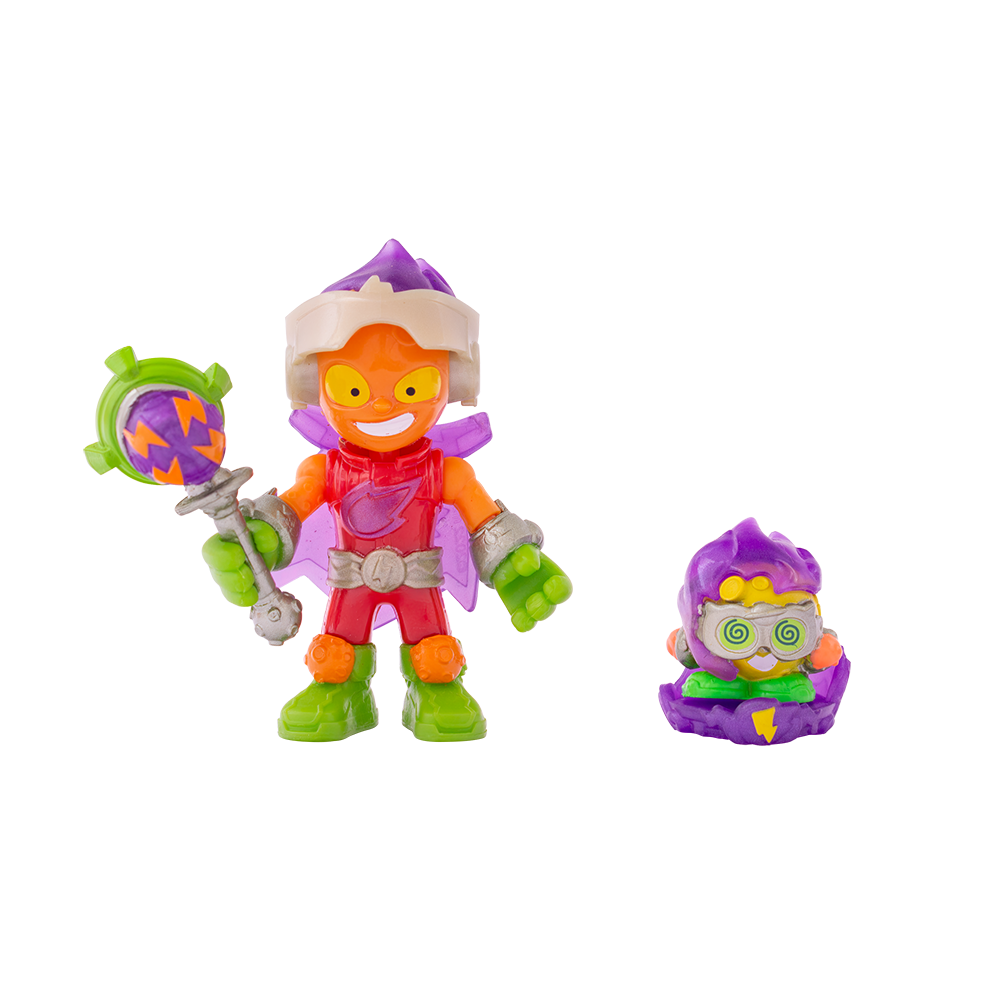 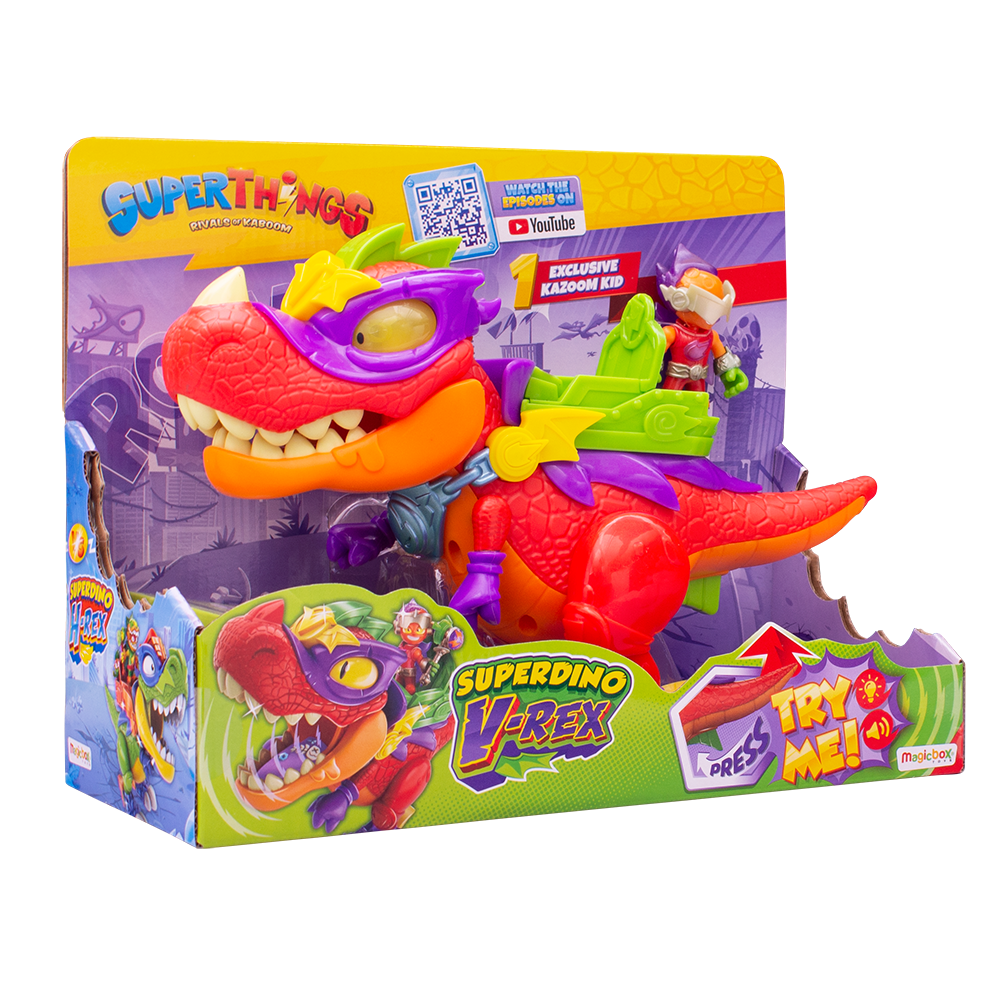 The dinosaurs are coming to Kaboom City! Superdino V-Rex is the villains' ally. His joints allow him to move at full speed to escape from the heroes. Squeeze his tail and he'll open his jaws, and if you press underneath, his eyes will light up and he'll roar like never before! Can he beat the heroes? It's up to you!